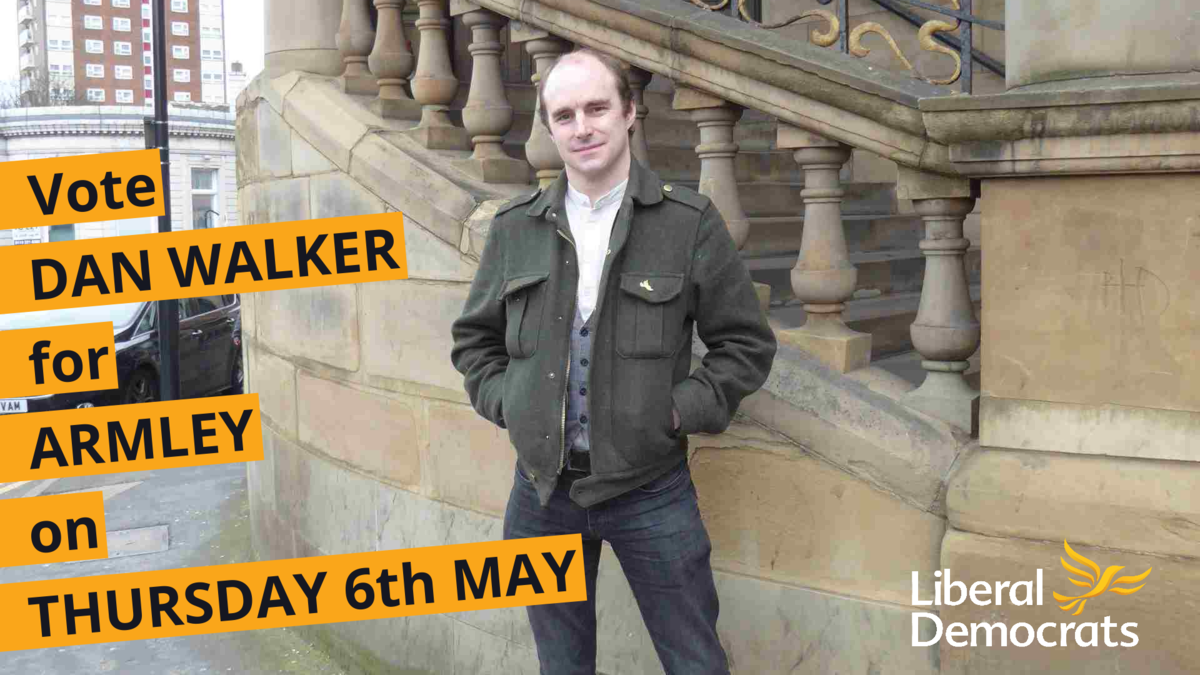 I came to Leeds from Leicester in 1996 for University, and loved it so much I stayed.

I have lived in West Leeds since 2007 and currently live in Armley. I am committed to equality, and passionate about liberty and social justice.

I want to serve on the Council to improve transport, education and housing for Armley & the rest of the city. I am also keen that successful community-led projects such as the New Wortley Community Centre are supported and encouraged by the Council.

I am very keen to extend the successful Rothwell food waste collections city-wide, and to invest more in housing.

The LibDem/Green coalition in York is building a net-zero carbon housing development at Burnholme which I would love to use as a template in Leeds, ideally on “brown field” sites.

Leeds also needs a proper mass-transit system – this has been discussed in various forms since I moved here, nearly 25 years ago! We are the largest city in Western Europe without one.

On a national level, the recent actions of the government have proved the need for a Liberal voice at all layers of government. Restricting peaceful protest, limiting judicial review, and proroguing Parliament show the current government has no regard for vital civil liberties and freedoms, nor for the checks and balances of parliamentary debate.

The right to dissent, and to have representatives scrutinise and object to laws, is equally vital in Councils; this is why the new West Yorkshire Mayor should not invest all its power in one person.

On a longer term basis, the UK does need to be much less centralised. I am in favour of the One Yorkshire concept and a great deal more power being wielded, closer to the people, by the nations and the regions of the United Kingdom.